Keep the following questions in mind as you read The Tempest, Acts 2 & 3The questions are designed to guide your reading practices and our class discussions. You are not required to provide formal answers in class or online.

What does the Island look like? Where is it? Why can’t the nobles cannot agree on what should be object facts?

Who’s Dido & what purpose does the classical reference serve?

If Gonzalo had a plantation on the island, what would it be like? What assumptions does Gonzalo’s vision of his “plantation” make about “nature”?

Is Alonso, the King of Naples, a good leader/administrator? Compare Alonso’s leadership with some of the other characters and their leadership skills: Prospero, Gonzalo, Sebastian, and Trinculo. Who’s kingdom would you most like to live in? Why does Ariel save Alonso from assassination?

What does Caliban look like when Trinculo meets him for the first time? How does Trinculo react to his first meeting with Caliban?

Where does Trinculo get the “sack” (fortified wine) that he and the rest of the conspirators drink?

Do the two scenes in act two suggest that conspiracy to overthrow the king is natural?

Why does Caliban agree to help Trinculo and Stephano? Can he ever really be set free?

What key words, phrases, or images that get repeated in this act?

What does Ferdinand mean when he says, “The mistress which I serve quickens what’s dead” (3.1.6)?

Ferdinand refers to himself as a “patient log man” (3.1.68) conscripted to “wooden slavery” (3.1.62). How do his descriptions of himself and his service compare to the epithet Stephano gives Caliban, “servant monster” (3.2.3)?

Has Miranda ever seen any other women?

Are Ferdinand and Miranda married by the end of 3.1?

Why does Caliban kneel before Trinculo & Stephano in 3.2? Why does Ariel contradict the story Caliban tells the other men?

There are a lot of vows taken in Act 3. Compare the vows Miranda and Ferdinand make to one another to the vows Caliban and Stephano exchange.

How do the conspirators plan to Kill Prospero? Compare the rebellion against Prospero to the plot to kill Alonso. Might also compare the two attempted murders to the attempted rape mentioned in 1.2.?

Why does Caliban instruct Stephano to “Burn but his books” (3.2.90) before he kills Prospero?

Why do you think that Caliban pledges his service to Stephano instead of leading the insurgency?

Is Caliban’s description of the isle based on experience or desire? Compare his description to Gonzalo & Trinculo’s.

How does the sea function like a character in 3.3?

Take 5-8 minutes and respond to the following prompt without stopping:
What do you think poses the single greatest threat to the future of life on earth? Why?

Take 2 minutes and think through the following: according to Raphael, how has the elimination of private property transformed the following elements of Utopian society.

(Time permitting: when you are ready, explain how at least two elements have transformed under the topic heading on the board.)

Keep the following questions in mind as you read Thomas More’s Utopia, Book II. Please note that the page numbers below correspond to the Norton print edition of Utopia. The questions are designed to guide your reading practices and our class discussions. You are not required to provide formal answers in class or online.

Where did Utopia get its name? What does this story of origin tell us about Utopia? How is the settling of the once uncouth Utopians a mythological story of origin? What does it say about how the Utopians think about liberty or race?

How does the balance between the central government and the rural areas and cities work?

Are there really very few laws?

What occupation does everyone have to learn?

Why aren’t commodities scarce due to the short workday?

What do the Utopians do to devalue gold, silver and precious metals?

Describe the way population is shifted through households…

What rules govern traveling? Why do you think the utopians have such high anxiety over travel inside the boundaries of the nation?

How does education impact/influence behavior in Utopia? What do the Utopians study and in what language?

Who can become a slave in Utopia? What jobs to slaves do? (59)

How are the sick cared for? How are dying people cared for? Do any details in the care of the sick and dying surprise you? (60)

How does the following fit into the debate about the duty of serving the state: “Since the welfare or ruin of a commonwealth depends wholly on the character of the official, where could thy make a more prudent choice than among Utopians, who cannot be tempted by money?” (64).

Is it a paradox that a society which professes to disdain glory in war “…carries on vigorous military training, so they will be fit to fight should the need arise”? (66).

What do some of the people in Utopia worship?

What do the wisest people worship? What are some characteristics of this entity? (73)

Even though the sects differ, in what do they all believe?

What is the only religious position Utopians do not allow or respect? What is the danger of such beliefs? How are atheists treated?

What do people who “…err in the opposite direction…” believe and how are they treated? (75)

What are some Utopian burial practices? (75-6)

What are some of their religious practices or rights?

According to Utopians, what happens to people after they die? “…and thus they believe the dead come frequently among the living, to observe their words and actions” (76).

How does More respond to Raphael’s dialogue? Is he convinced that Utopia is the greatest country in the world? Doe he think Utopian practices could be applied in England?

Please take 5-8 minutes and respond to one or more of the following prompts. Be prepared to share your answers:

Let’s chat about the following:

Respond to the following prompt without stopping:
What do you think poses the single greatest threat to the future of life on earth? Why? 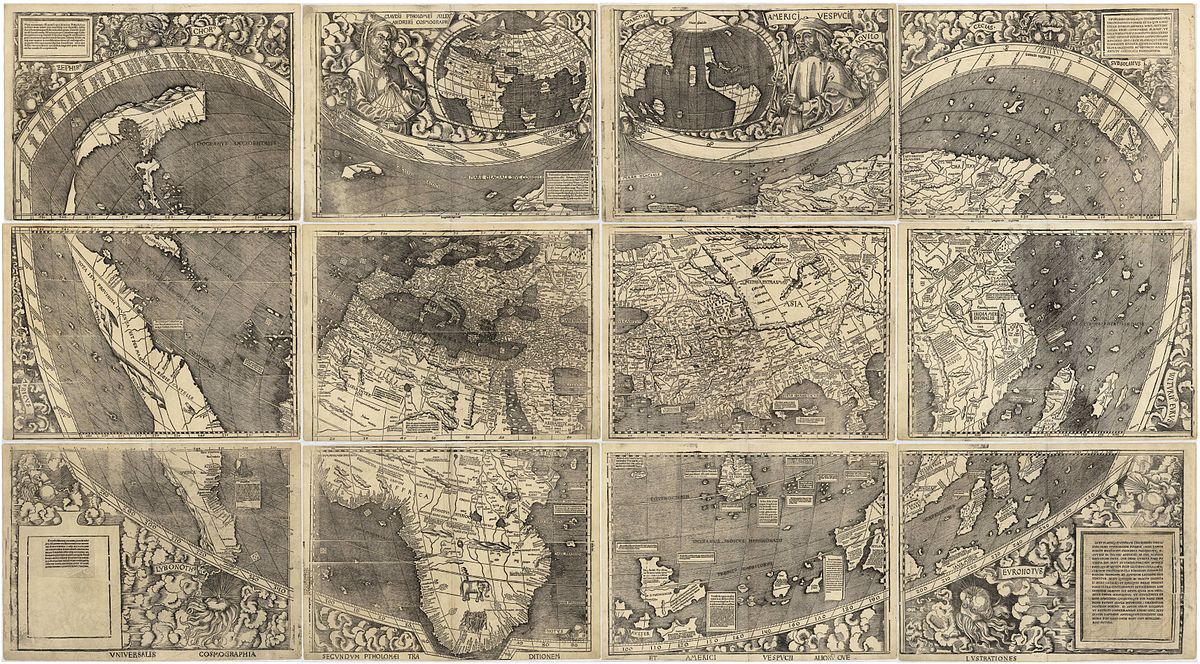 Keep the following questions in mind as you read Thomas More’s Utopia, Book I. Please note that the page numbers below correspond to the Norton print edition of Utopia. The questions are designed to guide your reading practices and our class discussions. You are not required to provide formal answers in class or online.

What’s the basic plot on Book 1?

Who does More meet in Flanders?

How does More describe Hythloday before speaking with him?

Why does Giles suggest More would like to meet Hythloday?

How is Hythloday characterized by Giles? What do his characteristics qualify him for?

What happens to Hythloday and his men when they are left behind by Vespucci?

What invention does Raphael share with the indigenous “seamen”?

The major question raised in Book I begins in the middle of page seven. If the goal of Humanists is learning as much as possible in math, science, languages, philosophy and the arts how should a Humanist employ his knowledge?

What reasons does Giles give to compel Raphael to serve a Prince? How does Raphael respond?

According to More, how or why would Raphael’s influence or advice to a Prince influence an entire city/nation?

How does Raphael refute More’s suggestion?

What types of men are best suited to carry on business according to More? Is More supposed to provide an example of appropriate public service? (9)

What’s the main issue of the dialogue? Or what issue opens the conversation?

How does Raphael respond when the lawyer says, “‘…by which men may make a living unless they choose deliberately to be rogues'” (10)?

How does England produce thieves?

How are sheep killing Englishmen?

What other problems does the wool trade cause?

How does Raphael initially propose to solve thieves from hanging?

How or why should life be valued?

Just before Raphael launches into his discussion of how to deal with thieves, he based his authority on his travels to a place that doesn’t exist. What are we as readers supposed to make of his authority?

What does Raphael’s solution to thievery consist of?But then this seemingly nice solution gets a little scary…What are the offenses in Raphael’s system that can be punished by death?

Then how can we take him seriously when he says, “It is clear how mild and practical they are for the aim of the punishment is to destroy vices and save men” (17). What do you think, which system is preferable Raphael’s or capital punishment for thieves?

How does More respond to Raphael’s example/dialogue?

On what does More blame the lack of present happiness?

Where is the council of philosophers found, according to Raphael?

More and Raphael now enter into a debate on the same question that Giles and he debated earlier. What is Raphael’s main reason for not entering the service of a king?

Obviously More is criticizing or satirizing problems he dealt with as an advisor to King Henry VIII. What problems does Raphael show face the King of France’s ambitions and how would he respond as a councilor?

Why is the Kingdom of the Achorians thrown into disaster? How do they solve their problems?

What other problems does constant war mongering and territory shifting back and forth between kings cause?

What relationship does Raphael suggest a King have with his people?

What are some of the schemes for raising money proposed by the other councilors?

According to Raphael, why is it the King’s duty to take more care of his people?

According to Raphael, why doesn’t forcing people to live in poverty safeguard the public peace? (24)

According to Raphael, how should a king live? (24-5) These seem like the real solutions, just as in the last section the ideas Raphael presents before his scheme for punishing thieves through slavery is introduced. This is in large part a method of satire. Two polar extremes, the grossly corrupt councilors on one side and then Raphael’s discussion of rules in “Macarian” on the other.

What do the “Macarians” do to limit the injustices faced in England? Should the English learn from their examples? (People who live close to Utopia 25).

Why does More disagree with Raphael? More says: “Stone deaf, indeed, there’s no doubt about it…and no wonder! To tell you the truth, I don’t think you should offer advice or thrust on people ideas of this sort that you know will not be listened to” (25).

Who agrees with More? Why? What does More suggest Raphael do instead?

How does Raphael reply to More’s “realistic” suggestions?

What institution in Utopia would be unacceptable to England?

What, according to Raphael, constitutes ‘madness’ in government?

What metaphor does Raphael use to show that wise men are right in keeping clear of politics?

What two elements of English society keep the people from being happy and ruled justly?

Keep the following quote in mind: “So I reflect on the wonderfully wise and sacred institutions of the Utopians who are so well governed with so few laws” (28). Does Utopia really have “few laws”?

What does private property produce?

Instead of the total restructuring of English society by the elimination of property, what are Raphael’s more modest suggestions? (28-9)

“How can there be plenty of commodities where every man stops working?” (29)

How long did Raphael live in Utopia and why did he leave?

Why are European minds and government’s superior to the new world governments?

In what do Utopians surpass Europeans?

What does More want to know about Utopia? What type of audience is More for the discussion of Utopia?

Please go to Appearance → Widgets and add some widgets to your sidebar.